The History of the Toronto City School District

Available records for the Toronto City Schools date back to the year 1884, at which time the school district employed one principal and five teachers. It consisted of two schools: Fosterville and Markle Elementary schools. In 1886, the Central School was constructed and served elementary and high school students.

In the year 1889, the Toronto City School District was officially recognized by the state of Ohio Department of Education. This was also the year that the first graduating class received their diplomas and a new high school, the Roosevelt Building was built. As student enrollment increased, it was necessary to build another elementary school, the Franklin Building. Five years later Toronto High School was constructed. In that year the high school enrollment reached two hundred and eighty-five, an increase of more than one hundred percent in ten years. A new section of the high school, housing the Kunzler Memorial Gymnasium and other academic areas was added in 1939. The Roosevelt Building, now twenty-five years old, became an elementary school housing grades one through eight. In 1938, the new gymnasium section was added to the Roosevelt Building.  With continued growth in elementary enrollment, Lincoln School was built in 1930. Student enrollment continued to grow and with the addition of kindergarten to the education program, it was decided to build the S.C. Dennis Elementary School in 1955.

In 1962, a study of the Toronto Schools was conducted. As a result, the district was reorganized. S.C. Dennis would house grades seven and eight and the remaining elementary schools would provide programs for kindergarten through sixth grades.  In the same year, with the Central Building now almost eighty years old, the Board decided it no longer could serve as a school facility. It soon became apparent in the seventies that the Roosevelt Building had reached a point where it had outlived its usefulness. On March 11, 1980, the Toronto residents voted favorably to construct a new middle school to replace the Roosevelt Building. In 1982, another reorganization took place. Grades K-2 were placed at Lincoln School, grades 3-5 were at S.C. Dennis School, and grades 6-8 were placed at the new middle school. In 1985, the Toronto Board of Education voted to name the Toronto Middle School in honor of the former superintendent, Joseph T. Karaffa. On May 20, 1985, Toronto Middle School officially became J.T. Karaffa Middle School. 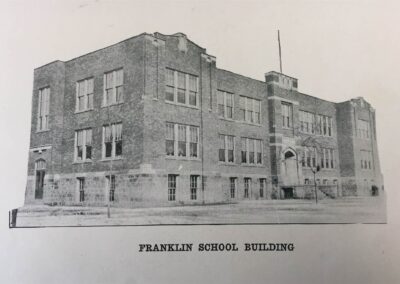 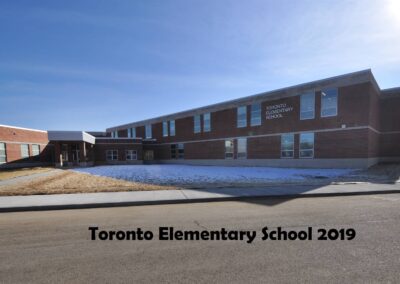 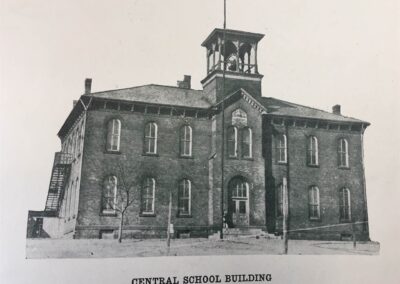 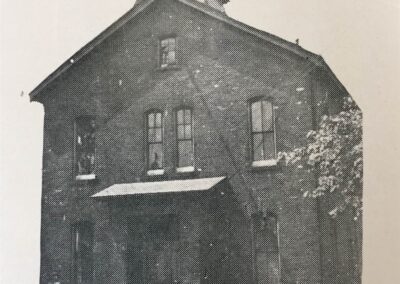 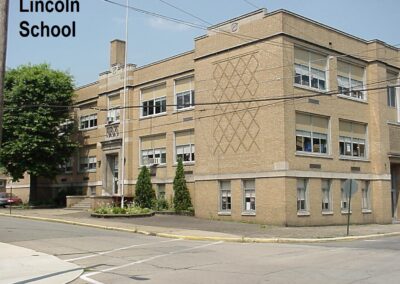 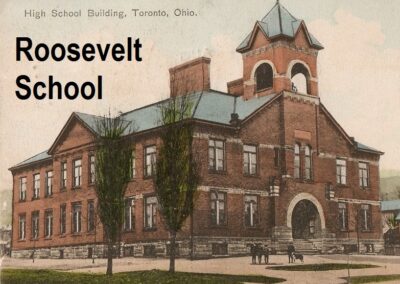 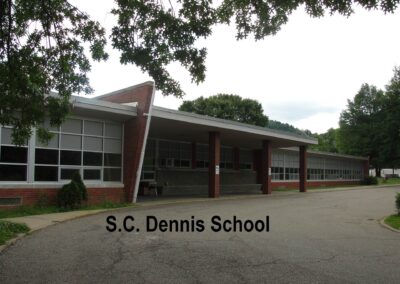 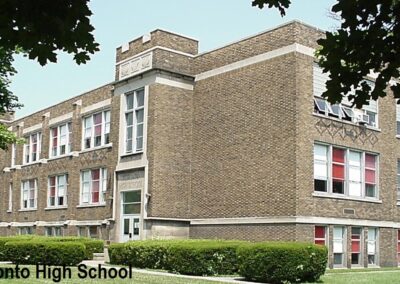 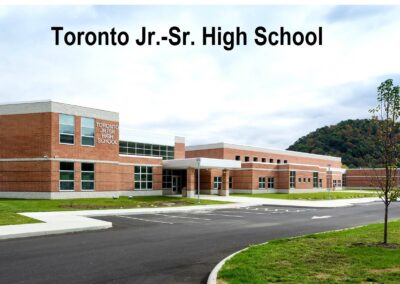